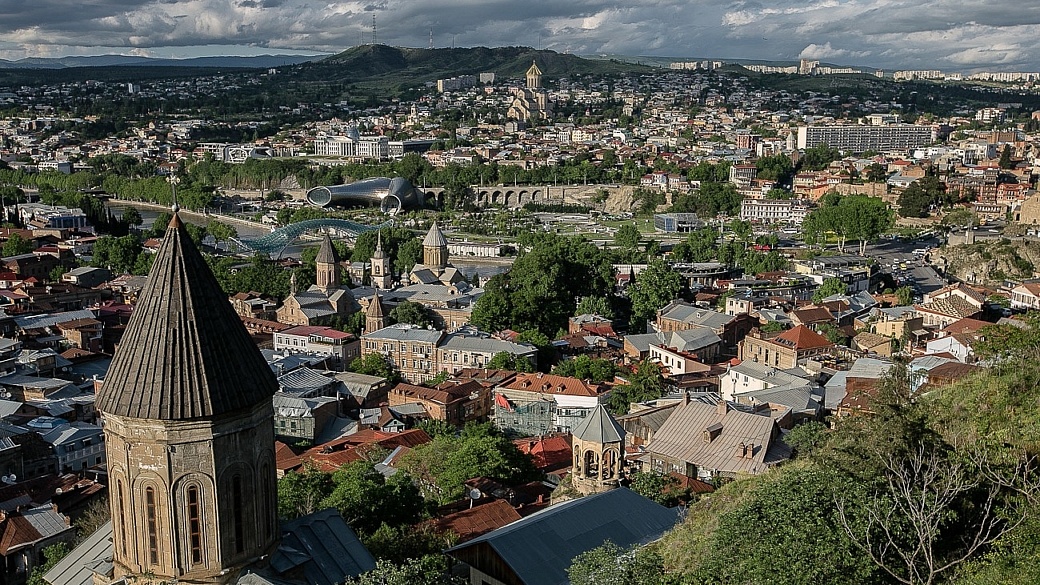 This tour has expired

Blitz tour for 4 days in Tbilisi!

You don’t have much time, but want to see everything to the maximum?

Then our blitz tour is just for you! In just 4 days you will visit both the Caucasus Mountains and the cave city, and where can you go without wine?

And this is just a short list of what you will visit in 4 days!

Recommendations: Medium difficulty tour. In the mountains, the temperature is always much lower, so take warm clothes with you, put on comfortable shoes and go on adventures!

The price does not include: Meals according to the program (if not indicated in the "Price includes"); Personal expenses; Tipping the guide.

Arrival at Tbilisi airport. Meeting with a representative of the Taberne company. Transfer and accommodation at the hotel.
Sightseeing tour of Old Tbilisi (V-XVIII centuries – Walking tour through the old streets with authentic architecture; the area of ​​sulfur baths, where, according to legend, King Vakhtang Gorgasali founded the capital; Metekhi plateau; bridge of 100 thousand great martyrs; glass Peace Bridge and the adjacent park Rike; Narikala fortress; Sharden – a street of night bars and clubs.
Continuation of the tour, if desired, for tasting Georgian wines in the very heart of Old Tbilisi, where guests will have a wine tasting from a professional sommelier. Overnight in Tbilisi.

Day 2. Tbilisi-Mtskheta-Uplistsikhe-Borjomi – Tbilisi
Breakfast in the hotel. Departure for the program.
The first stop on the way is a monument to the history of Georgia, which is also called the Georgian “Stonehenge”. The monument is located on the outskirts of Tbilisi, on the shores of the “Tbilisi Sea”.
Excursion to Mtskheta – the ancient capital of Georgia (IV century BC – V century AD), now the religious capital, included in the UNESCO world heritage.
Jvari Temple – basilica of the 5th century and the temple of the 6th-7th centuries, the place described by M.Yu. Lermontov in the poem “Mtsyri”.
Walking along the city streets, visiting the Svetitskhoveli Cathedral (XI century) – the place where the greatest Christian shrine rests – the Chiton of Christ.
Transfer to the ancient cave city – Uplistsikhe. Excursion through the rocky landscape and ruins of the once most beautiful city of antiquity. Uplistsikhe is amazing for its almost three thousand years of history and is under the protection of UNESCO. Archaeological research proves that the rocky city was founded in the first millennium BC and was finally deserted in the middle of the 19th century. Return to Tbilisi. Overnight in Tbilisi.

Day 3. Tbilisi-Ananuri-Gudauri-Kazbegi-Tbilisi
Breakfast in the hotel. From Tbilisi to Stepantsminda we head along the Georgian Military Highway. On the way, we will stop at the Zhinvali reservoir. The Zhinvali reservoir is an indescribable beauty artificial reservoir with a stunning microclimate. Ananuri Fortress is located on the bank of the reservoir. Ananuri served as the main stronghold for the formidable Aragvi Eristavs, the rulers of this region. Next stop is Gudauri. Gudauri is an alpine ski resort in Georgia. It is located on the slopes of the Greater Caucasus Range, on the Georgian Military Highway.
Optional: paragliding flight ($ 90 per person).
Photo-stop at the observation deck – People’s Friendship Arch, where a beautiful view of the mountains opens.
Moving to Stepantsminda – an urban-type settlement. Located on the border with Russia. You can’t do without SUVs here! By off-road vehicles, guests will be taken to Mount Gergeti to the Gergeti Trinity, where a magnificent view of the Caucasus Mountains and their peak – Mount Kazbek (5033 m) will open in a different way.
Optional: lunch at a local restaurant ($ 8-15 per person).
Return to Tbilisi, accommodation at the hotel. Overnight in Tbilisi.

There are no reviews yet.

Be the first to review “Blitz tour for 4 days in Tbilisi!” Cancel reply

ALL GEORGIA 🇬🇪
IN TABERNE

BEST TOURS AND HOTELS IN GEORGIA

All rights reserved © 2021 powered by 1stweb.site